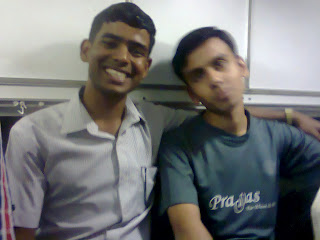 There has been a long gap of several months between the medical camps now due to bad weather and university exams. So there were two medical camps this month in quick succession. On 11th and 25th of Feb, at Mohammadwari. From previous posts you already have an idea of what we do in there. So this is a special picture gallery for you, about the things we learnt at the medical camp this time. 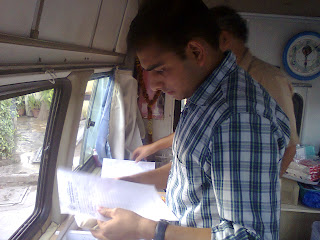 I bet this man will make some serious efforts to improve his hand-writing, especially after he has seen a few extremely bad ones now. You can't afford to give alprazolam instead of atenolol twice. 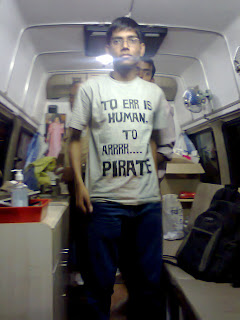 When the only medicine you know about is paracetamol, working in the medical van can be an eye opener. And yes, you are supposed to give paracetamol when the doc writes PCM. 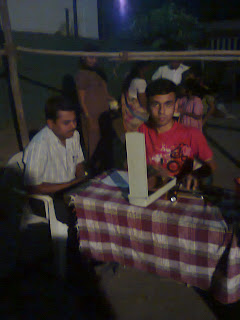 There is no need to look so confused. Just refer him to CH. That's the only thing you can do except giving him b-complex. The liver doesn't fails itself. Even if the patient tell you that he "just started drinking last year". 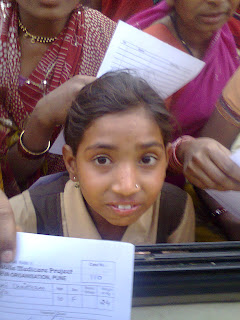 This is Rani. Her picture is given here for future reference. Please don't give her the same medicines twice. Even if she brings two prescriptions from two different doctors. Or if she says, "it's for my twin sister".

Special thanks to Hota sir, Souvik Nandy, Avijit S Chauhan, Anirudh Sahoo, Anshul Srivastava, Prabhjeet, Chandan, and Kapil Patsariya for being a part of the team. We hope we get more such chances to serve the community. 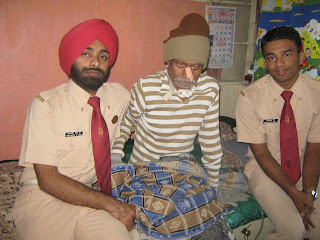 We are happy to announce that the patient for whom we were raising funds in November has been treated upon and is now doing well. We would like to congratulate the cadets, the faculty and all other people who contributed for this cause. Your noble intentions have saved somebody's life. We are proud to have you as our friends, colleagues and teachers. 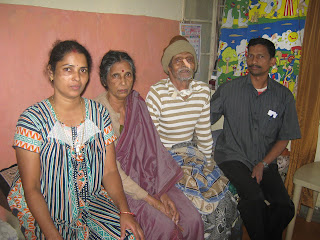 The said patient was one of our own retired employees, an asthmatic in the need of an oxygen concentrator. His son Narendra still works at AFMC. We have seen a lots of such people suffer,  who have been working for us on contract basis. Take the example of Mr. Nair, who used to accept our mess bills. When he died an unnatural death after an accident, the then Col Adm made arrangements for his family with the help from cadets and faculty alike. To make things easier in such cases, there has been a proposal by the W2 batch to start an alumni-fund. We plan to involve all the AFMCites to establish a source of monetary help for the workers in AFMC when they are in need. An institution is made by the people who belong to it. It is the duty of all the AFMCites to take care of it's own people. We hope that this plan will soon take shape. Your ideas and criticism on this topic are required more than ever. Please add them as a comment after this post. Thank you.

From now on we are extending the scope of this website to include articles from all the members about their experiences. So this is the first one of such posts by Souvik from U2 batch. 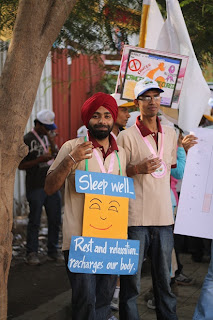 Today was a memorable day for me. Going for a Cancer awareness walk early in the morning was a visual treat. So many people who had either fought the devil of cancer and overpowered it and many others who lost their near and dear ones to cancer, participated in the event. Seeing them and hearing to their life experiences was heart-touching. So much enthusiasm and zeal was really commendable. Good job by the NGO Highways Infinite. Felt lucky to be a part of it. 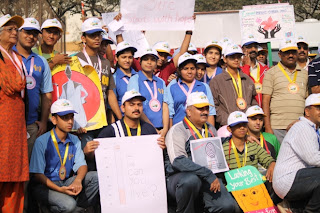 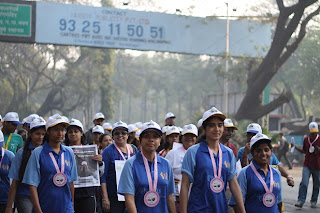